From French Resistance to hashtag activism: How our obsession with the extraordinary masks the power of the ordinary 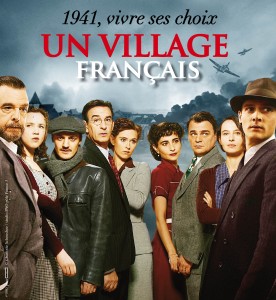 I’ve become obsessed with “Un village français.” No, it’s not an idyllic town in Provence. It’s a French television series set during World War II. The show follows the residents of one French town as they navigate the German occupation.

I tell myself that I am already into the 6th season (thank you, Netflix) because it helps me learn the language. I have just started a Postdoctoral Research Fellowship at the Institute for Advanced Study in Toulouse, based at the Toulouse School of Economics. And I do need to brush up on my French. But admittedly, I am fascinated with the drama and romance of the TV series.

But I have also realized that the show mirrors the way I approach my research on social movements, social media, and social class. It focuses not on the big heroes, or iconic giants of history, but on the average people. And rather than dwelling on extraordinary events like big battles involving thousands of troops, the shows unfolds slowly as we watch these regular people struggle with everyday circumstances.

These days, coverage of revolutions or protests tends to focus on the big dramatic moments, when people take to the streets or rise up in some fashion. The narrative often focuses on a single individual as the catalyst, or credits social media as galvanizing an instant “Twitter revolution.”

Bringing the Organization Back In: Social Media and Social Movements
5 reasons why online Big Data is Bad Data for researching social movements